"President Trump, Donald, I am honored to be here today along with my wife Sara; Minister Yariv Levin; Ambassador Ron Dermer, Ron, thank you for everything you have been doing; National Security Advisor Meir Ben-Shabbat, thank you too Meir; and our entire delegation.

We are honored to be here with you Mr. President; with Secretary of State Mike Pompeo, we applaud you Mike; Secretary of the Treasury Steve Mnuchin; National Security Advisor Robert O'Brien; America's UN Ambassador Kelly Craft; Jared Kushner and Ivanka, it is good to see you both.

It is good to see the unfailingly energetic and optimistic Ambassador David Friedman, Jason Greenblatt, Avi Berkowitz, Brian Hook and the rest of your exceptional peace plan [team] Mr. President.

It's good to be here with the other distinguished ladies and gentlemen of your administration, with Senators and members of Congress who are Israel's greatest friends on Capitol Hill. Thank you.

To all of you and to the other many distinguished guests that are here today.

This is a historic day and it recalls another historic day. We remember May 14, 1948, because on that day President Truman became the first world leader to recognize the State of Israel after our first Prime Minister David Ben-Gurion declared our independence. That day chartered a brilliant future.

Mr. President, I believe that down the decades, and perhaps down the centuries, we will also remember January 28, 2020. Because on this day, you became the first world leader to recognize Israel's sovereignty over areas in Judea and Samaria that are vital to our security and central to our heritage. And on this day, you too have chartered a brilliant future for Israelis, Palestinians and the region by presenting a realistic path to a durable peace.

Since the moment of its birth, Israel has yearned for peace with our Palestinian neighbors and for peace with the broader Arab world. For decades, that peace has proved elusive despite so many well-intentioned plans. One after the other they failed. Why did they fail? They failed because they did not strike the right balance between Israel's vital security and national interests and the Palestinians' aspirations for self-determination. Too many plans tried to pressure Israel to withdraw from vital territory like the Jordan Valley.

For too long, far too long, the very heart of the Land of Israel where our patriarchs prayed, our prophets preached and our kings ruled has been outrageously branded as illegally occupied territory. Well today Mr. President, you are puncturing this big lie. You are recognizing Israel's sovereignty over all of the Jewish communities in Judea and Samaria, large and small alike.

These, as the distinguished pastors who are here know very well, these are places inscribed in the pages of the Bible. These are places that are carved in the bedrock of our common civilization. The sacred tomb in Hebron, where the fathers and mothers of the Jewish people are buried; Beit El, where Jacob dreamed of a ladder that ascended to the Heavens; Shiloh, where the Ark of the Covenant that held the Ten Commandments for centuries. That's what happened in Shiloh

Thanks to you Mr. President, these areas and so many others, that for millennia have been etched in the soul of the Jewish people and have inspired the imaginations of millions of people around the world and across the world, these areas will now be recognized by the United States as a permanent part of the Jewish state.

Mr. President, because of this historic recognition, and because I believe your peace plan strikes the right balance where other plans have failed, I have agreed to negotiate peace with the Palestinians on the basis of your peace plan.

Your historic decisions to recognize Jerusalem as Israel's capital, to recognize Israel's sovereignty over the Golan Heights, to reaffirm Israel's legal claims in Judea and Samaria, to stand up to Iran, to pull out of that dangerous Iran deal, to confront, confront is not the word, to eliminate Qassem Soleimani, to support and encourage unbelievable cooperation between Israel and the United States in the military and strategic and intelligence fields, all this bears testament to the friendship and depth of your leadership and commitment to Israel.

From our very first meeting here in the White House three years ago, you repeatedly made clear your commitment to help Israel achieve peace with the Palestinians and peace with the rest of the Arab world.

Mr. President, I share that commitment, and I look forward to working with you to achieve a peace that will protect Israel's security, provide the Palestinians with dignity and their own national life and improve Israel's relations with the Arab world. Your peace plan advances all these goals.

First, it addresses the root cause of the conflict by insisting that the Palestinians will finally have to recognize Israel as the Jewish state.

Third, your plan calls for Hamas to be disarmed and for Gaza to be demilitarized.

Fourth, it makes clear that the Palestinian refugee problem must be solved outside the State of Israel.

Fifth, it calls for our ancient capital of Jerusalem to remain united under Israel's sovereignty. And of course it ensures that religious sites remain accessible to all faiths and it retains the status quo on the Temple Mount.

Sixth, your plan does not uproot anyone from their homes, Israelis and Palestinians alike. Instead, it proposes innovative solutions whereby Israelis will be connected to Israel and whereby Palestinians will also be connected to one another. It helps when you have these real estate people. They can come up with things that normal human beings don't think about. And they have.

I know it may take them a very long time to reach the end of that path. It may even take them a very long time to get to the beginning of that path. But if the Palestinians are genuinely prepared to take that path, if they are genuinely prepared to make peace with the Jewish state, and if they agree to abide by all the conditions that you have put forward in your plan, Israel will be there. Israel will be prepared to negotiate peace right away.

Regardless of the Palestinian position, Israel will preserve the path of peace in the coming years. For at least four years, Israel will maintain the status quo in areas that your plan does not designate as being part of Israel in the future.

At the same time, Israel will apply its laws to the Jordan Valley, to all the Jewish communities in Judea and Samaria and to other areas that your plan designates as part of Israel and which the United States has agreed to recognize as part of Israel. I like that.

This decision will protect Israel's security, ensure Israel's national interests and leave open the possibility of a political settlement with the Palestinians in the coming years.

I hope that the Palestinians embrace this and build with Israel a future of prosperity and peace. I also hope that our other Arab neighbors embrace your vision and forge a path of reconciliation with Israel that can create for all of us a brilliant future.

Mr. President, I want to congratulate your fantastic team. There is no other word. Your fantastic peace team for all their work. Jason Greenblatt, thank you Jason for the terrific job you did as America's peace envoy for nearly three years. Avi Berkowitz, thank you Avi for stepping out of your important behind-the-scenes role and ably working in the past few months to get this plan done. Ambassador David Friedman, thank you David. Thank you for your essential contribution to this effort and for the terrific job you do every day to strengthen the great alliance between Israel and America.

And Jared Kushner, without your wisdom, your persistence and your resolve, this day would have never come. I know how much the Jewish future means to you and to your family. Well Jared, today you have helped secure that future. The Jewish state owes you, and it owes President Trump, an eternal debt of gratitude. 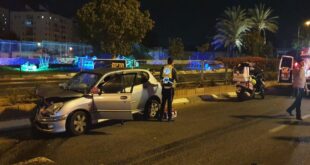 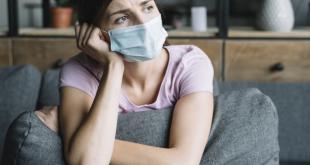 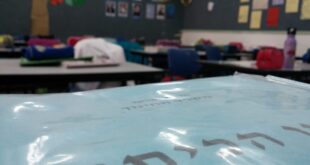 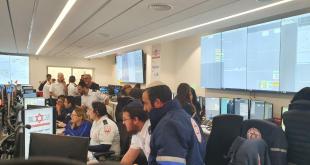